Black Desert Online introduced Star’s End, along with Blackstar Weapons in a patch on 6-5-19.

You can quest for a powerful, main-hand weapon that rivals Kzarka and Offin Tett.

The greatest benefit of the Blackstar Weapon lies in its Extra Monster AP.

The quested steps to obtain Blackstar Weapon are very similar to obtaining the Blackstar Armor.

Is the Blackstar Weapon all that great? Does it beat our current boss weapon favorites, Kzarka and Offin Tett? Let’s look at a comparison of the PEN stats of the top 3 “BIS” weapons.

Blackstar’s greatest strength is it’s huge bonus to AP against monsters. This, coupled with very close stats to Kzarka and Tett, really makes the Blackstar a powerful choice for PVE. It has been called the Kutum equivalent for Mainhand.

Blackstar in PVP?
What about PVP with the Blackstar Weapon? Unfortunately, the additional AP to monsters isn’t going to have an impact on hostile players. However, it is still an excellent weapon and comparable to Kzarka and Offin Tett.

NOTE: You can start earlier than Level 56 by completing the Calpheon and Mediah main story quests. You can also try to obtain boss gear via Night Vendor, Central Market, etc. View our boss gear guide.

The 3 boss gear you have to melt down, are transformed into Concentrated Boss Aura x3.

Only the base gear with +0 enhancements works.

Open the Processing window (L) then Heating on one of the following items to get Concentrated Boss’s Aura x1.

Enhancement for Blackstar Weapon is similar to the Blackstar Armor. It has the same Enhancement Chance sucess rates for later tiers and requires a special item called Mass of Pure Magic for the higher tiers.

Blackstar Enhancement values below reflect a Blackstar Axe for Berserker.

Here is a copy of the Star’s End Lore page that was available on the home page of the official site.

The story of Star’s End begins eight years ago when a meteorite made impact on the northwestern region of Calpheon.The meteorite came to be known as the “Blackstar.” 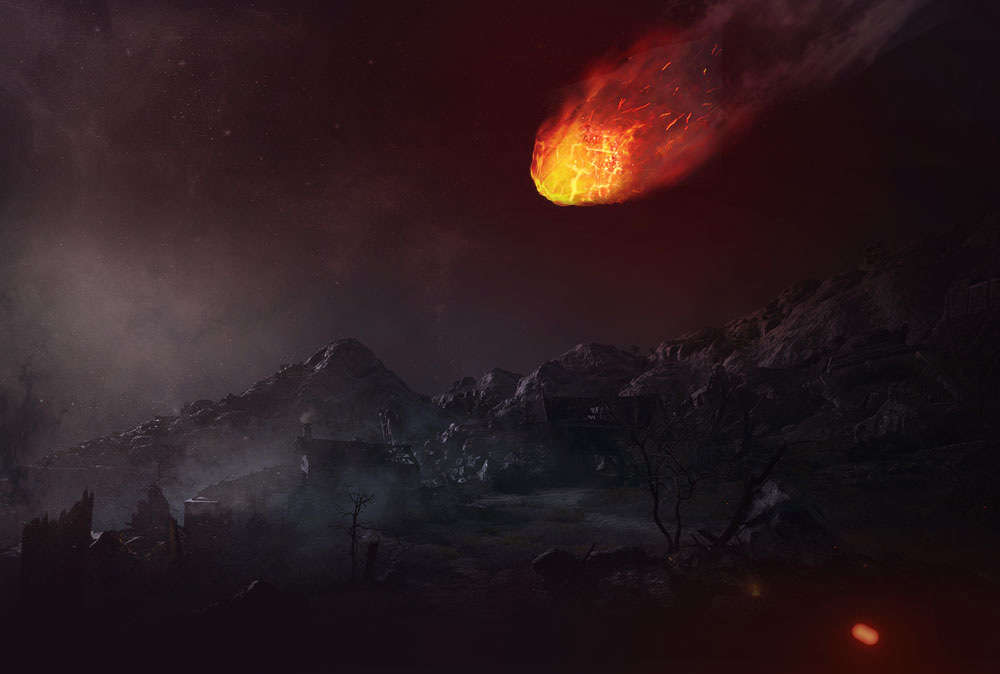 Not long after the Blackstar crashed, the Ashen Plague emerged.The plague rotted the minds and souls of the afflicted and made them violent. 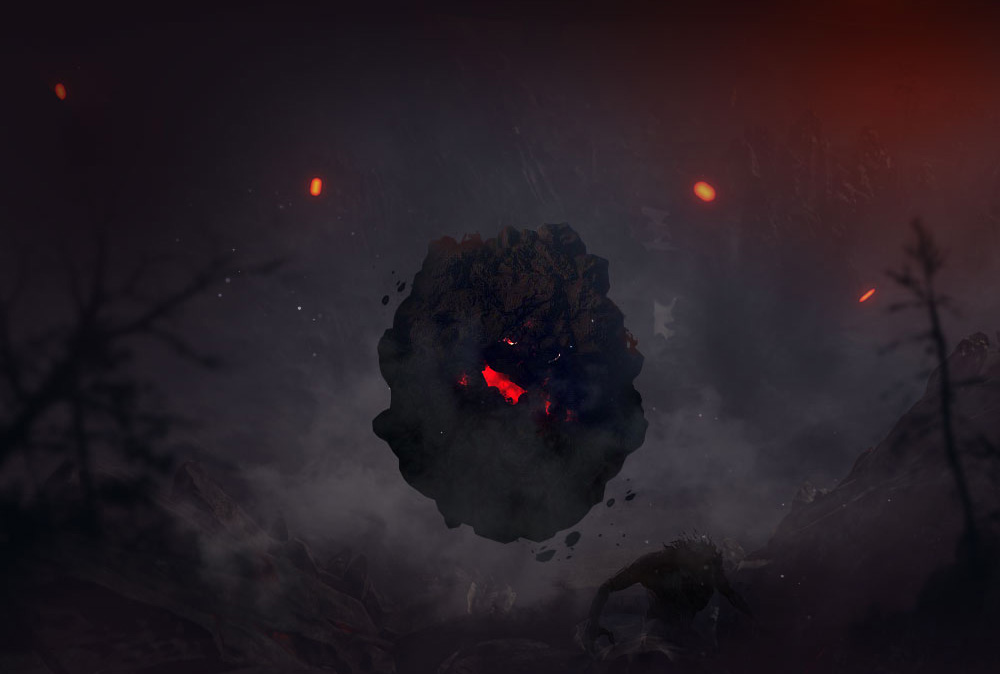 Therefore, Calpheon decided to quarantine the entire region,effectively sealing it off from the outside world. 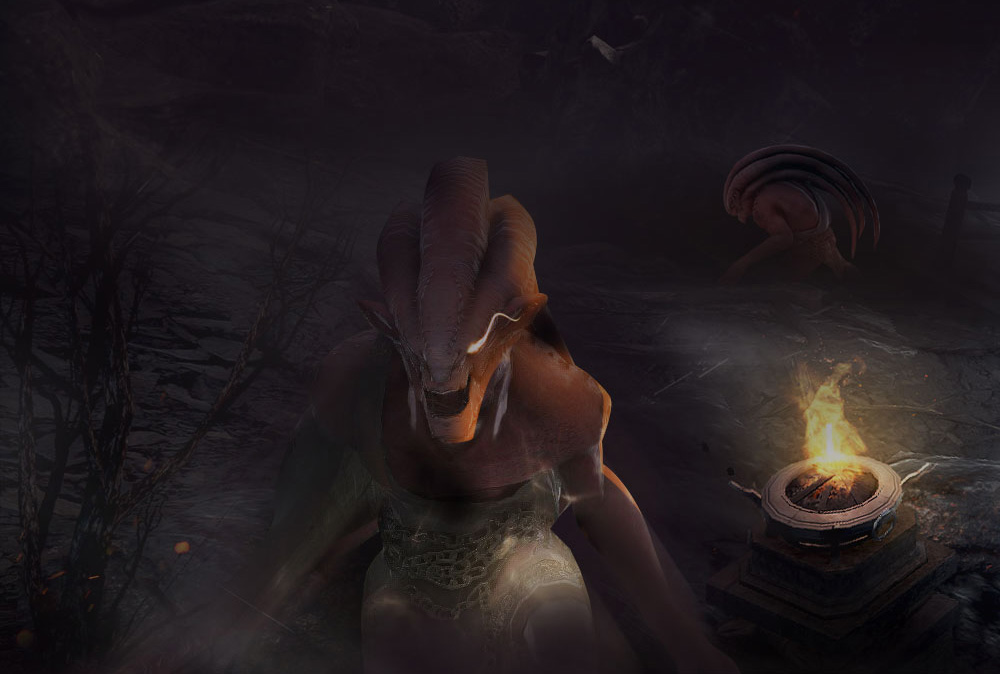 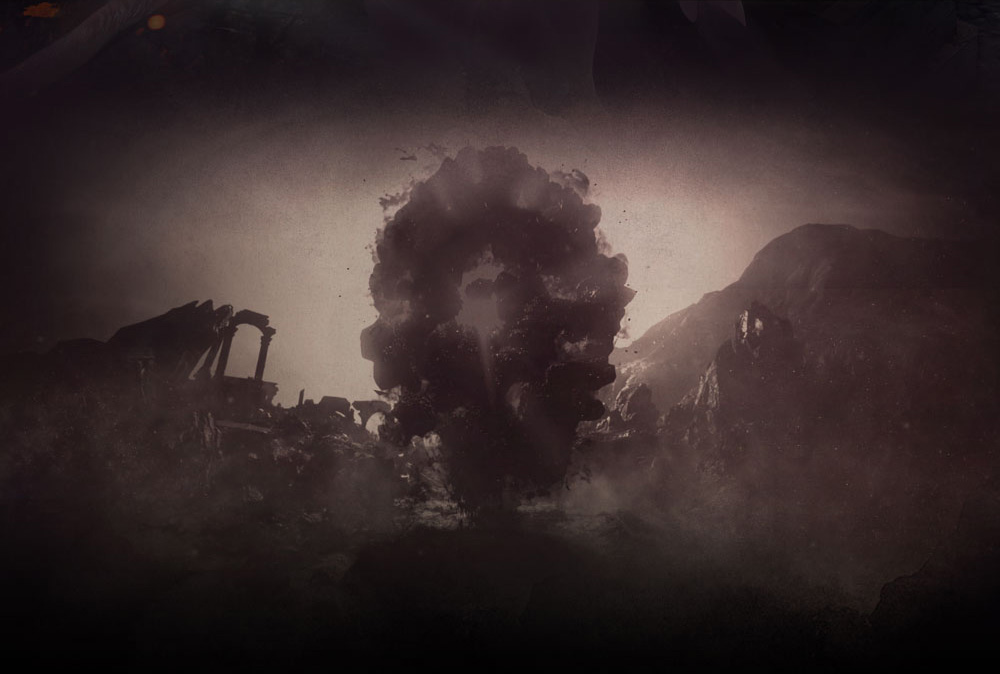 The June 5th (Wed) update has opened access to the previously inaccessible region that is west of Calpheon territory.

As you go adventuring into this region, you will uncover what happened to the Blackstar and Star’s End in the eight years since the meteorite crash. In order to accept the Star’s End main quests, which starts with “Drawn by Fate,” you must have completed all the Drieghan main quests.

Star’s End is densely populated by monsters, and you must be careful as every single one of them is extremely powerful.
The grounds of Star’s End is littered with Unstable Star Debris, which if destroyed, will cause nearby monsters to lose consciousness and fall down, letting you easily defeat them.

Be cautious as you are fighting the monsters, for when an Apostle of Immorality dies, there is a certain chance that it will absorb the dark energy of Star’s End and transform into a more powerful monster.

In order to craft the Blackstar weapons, you must complete the quest [Blackstar Weapon] Prohibited Area. In order to begin the quest, you need knowledge of ‘The Three Legendary Blacksmiths of Mediah’ and ‘Remnants of the Rift’ which can be obtained from Dark Rifts and golden treasure chests that appear in the field.

The Blackstar weapons can only be crafted by Dorin Morgrim, one of the Three Legendary Blacksmiths of Mediah. Dorin Mogrim is located deep within the Abandoned Mine of the Helms Post. Therefore, adventurers who have not completed the series of quests that start with “The Three Blacksmiths,” which can be accepted after completing the Mediah main quests, will not be able to craft these weapons as well.
Before you craft a Blackstar weapon, please note the following.

Corrupted Magic Crystals can be transfused into sub-weapons, and if you transfuse two of them in your sub-weapon, then you can obtain an additional effect.

You can obtain Clear Blackstar Crystals from Star’s End to craft Corrupted Magic Crystals. Adventurers that desire these crystals should immediately go off adventuring to Star’s End!

Here is a copy of the Star’s End Screenshot page that was available on the home page of the official site. 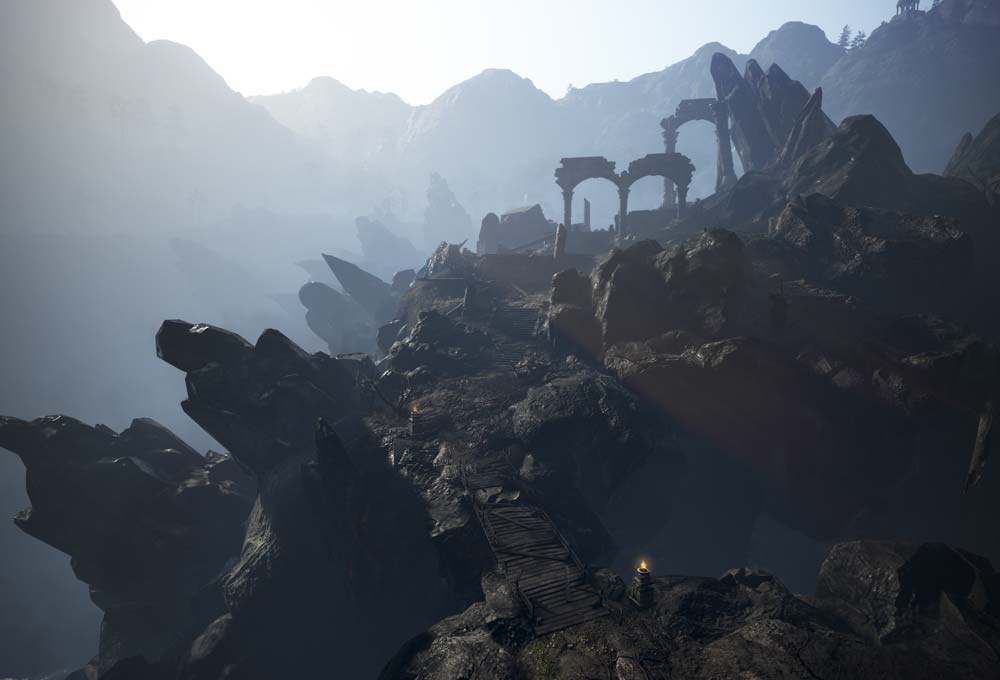 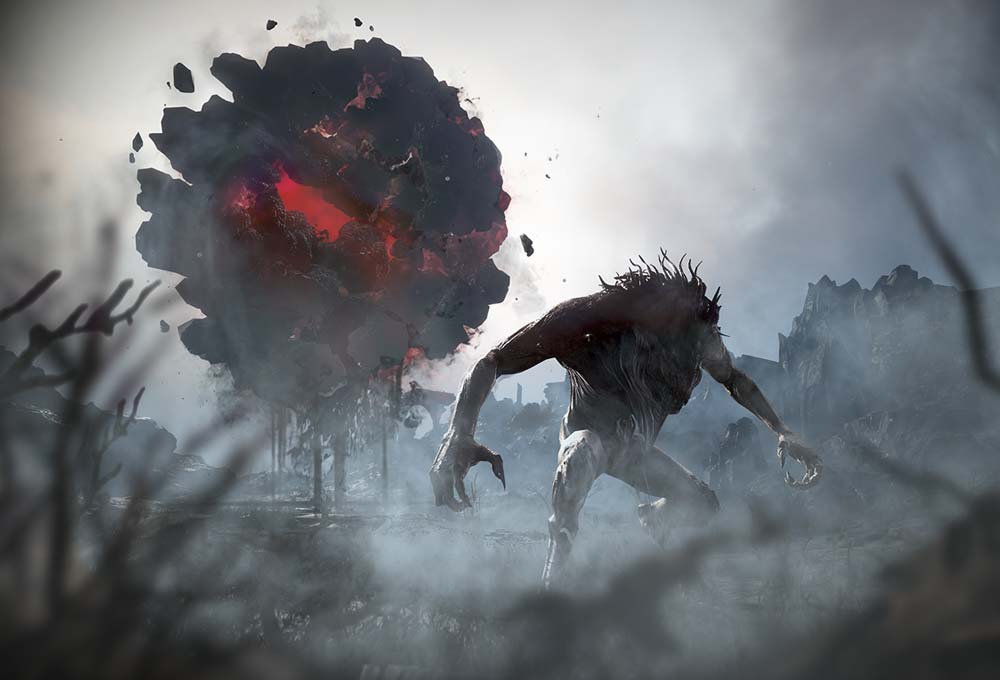 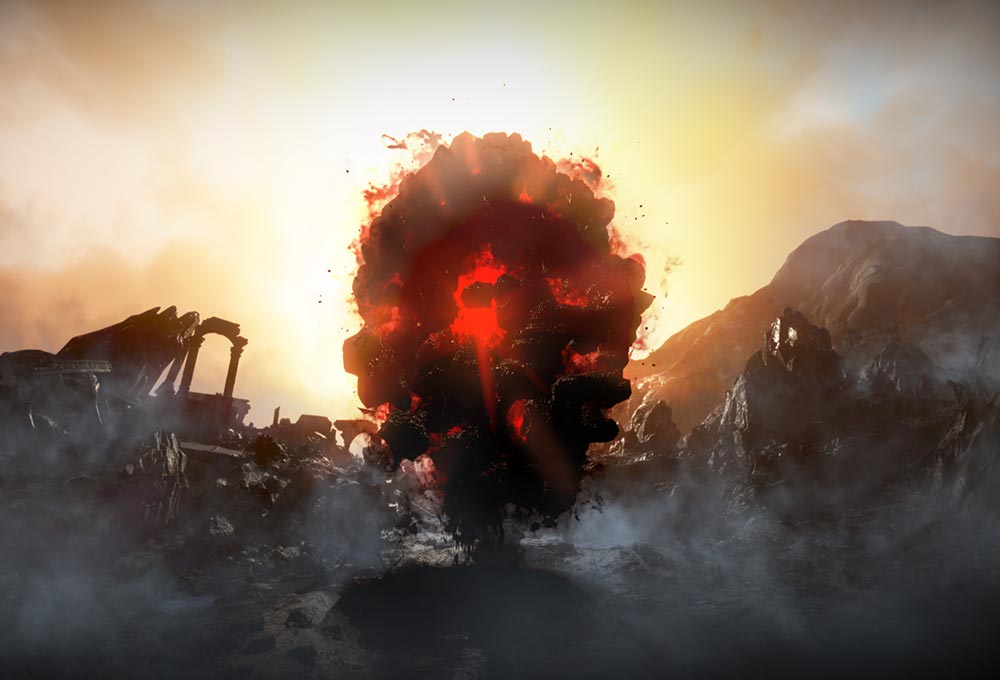 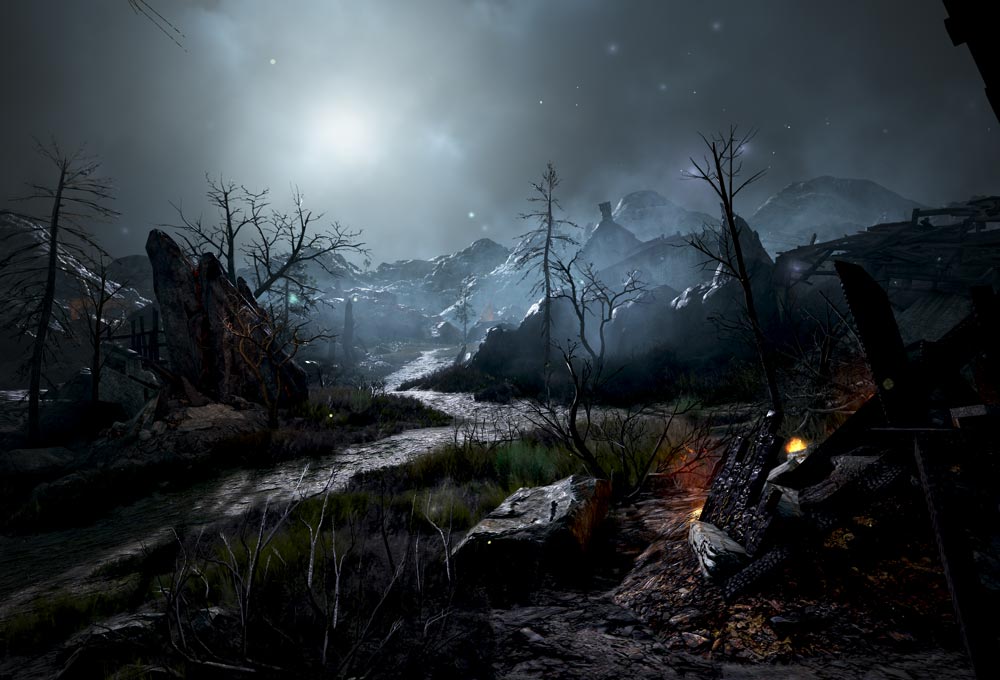 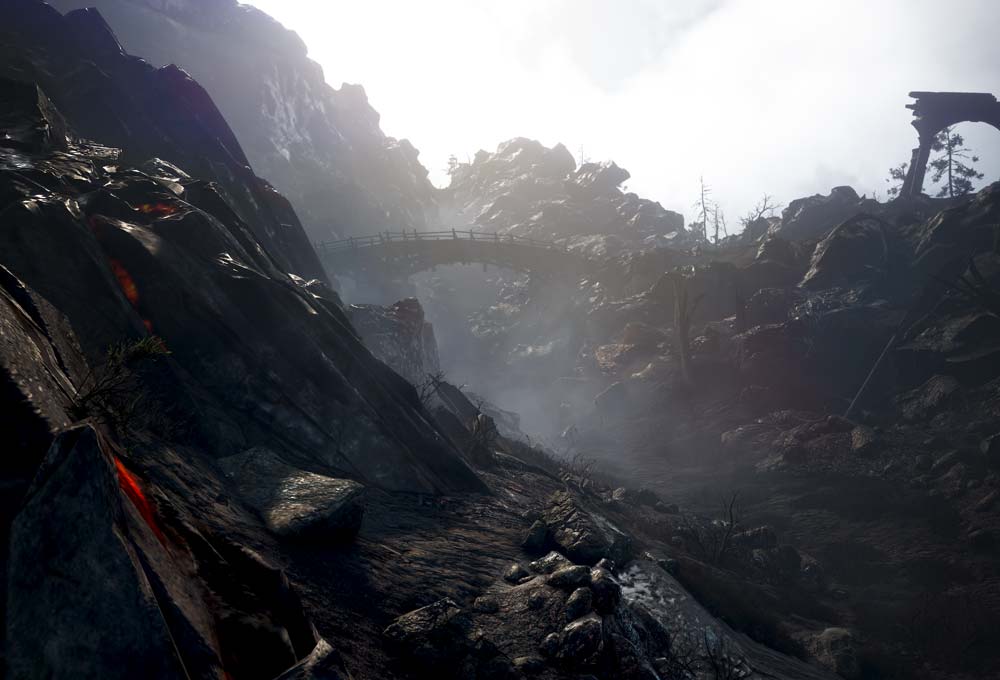 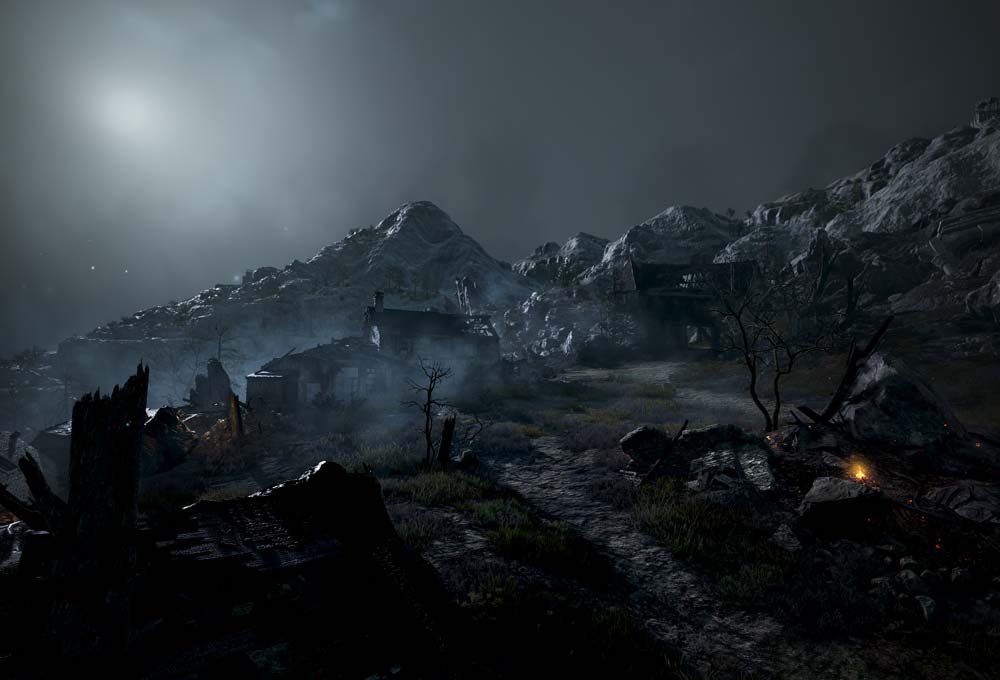 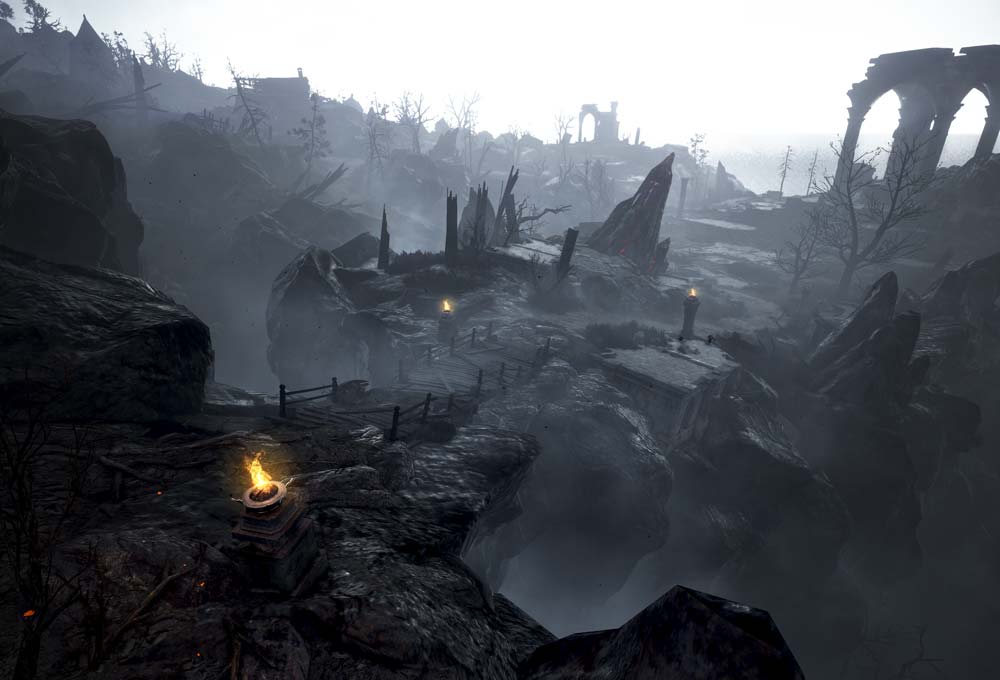 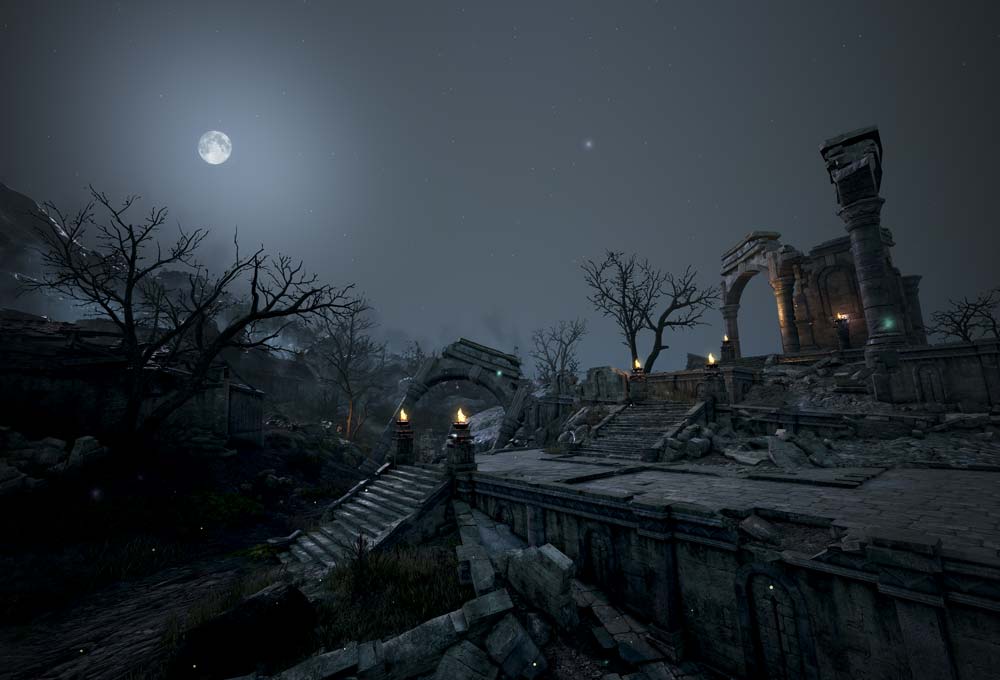 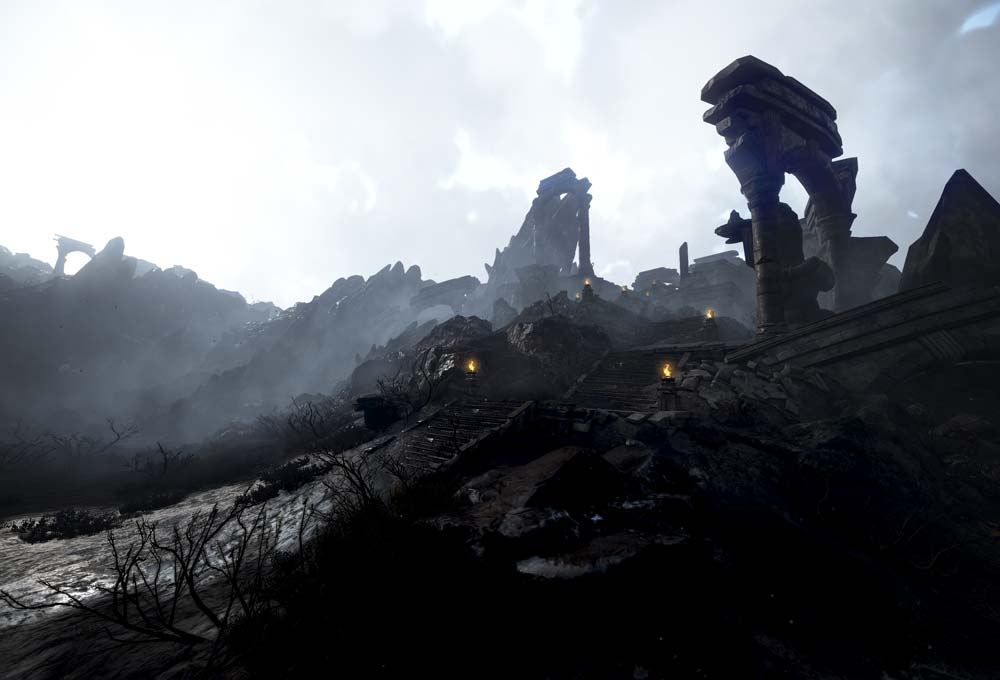 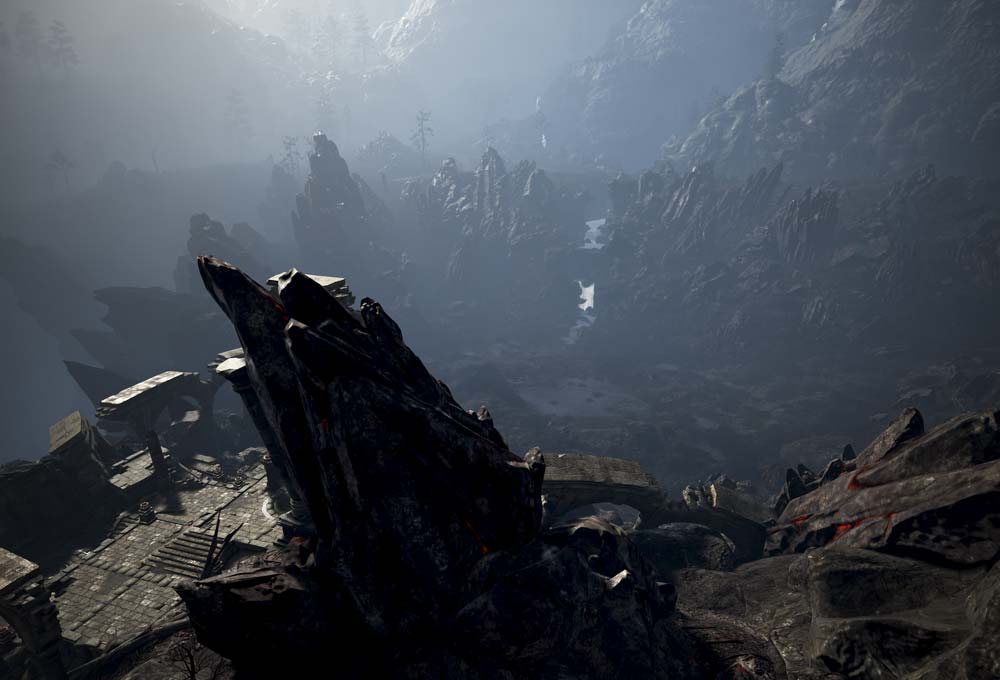 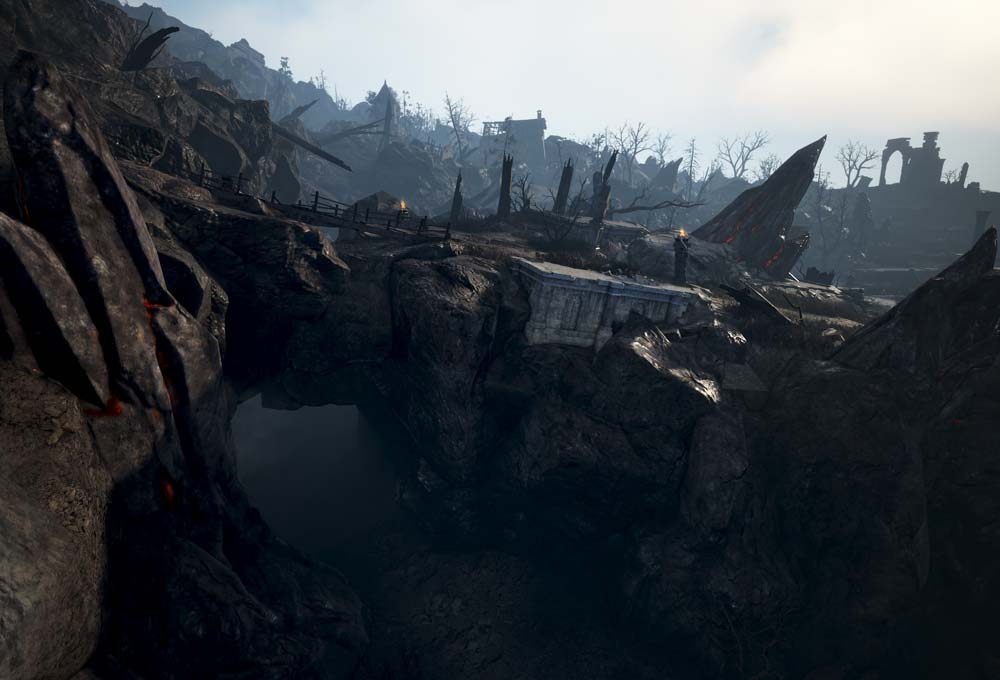 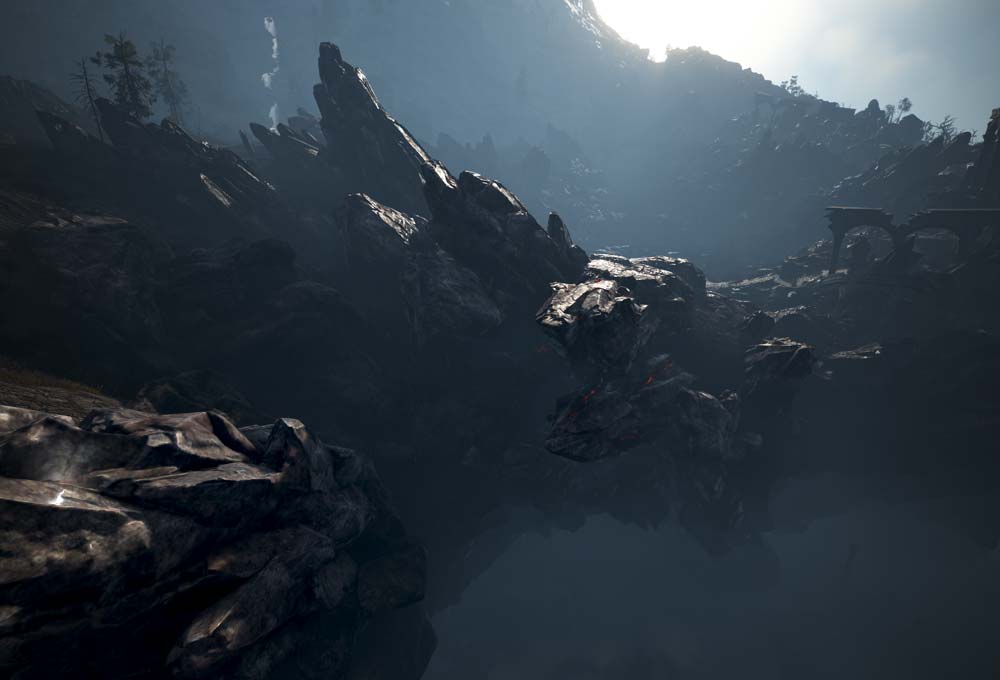 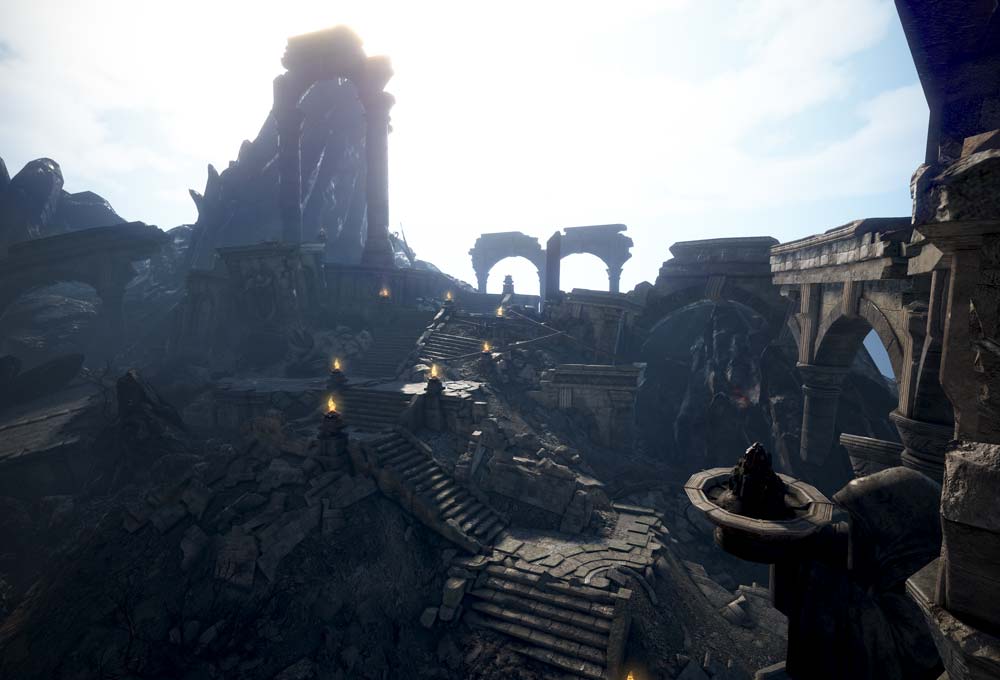