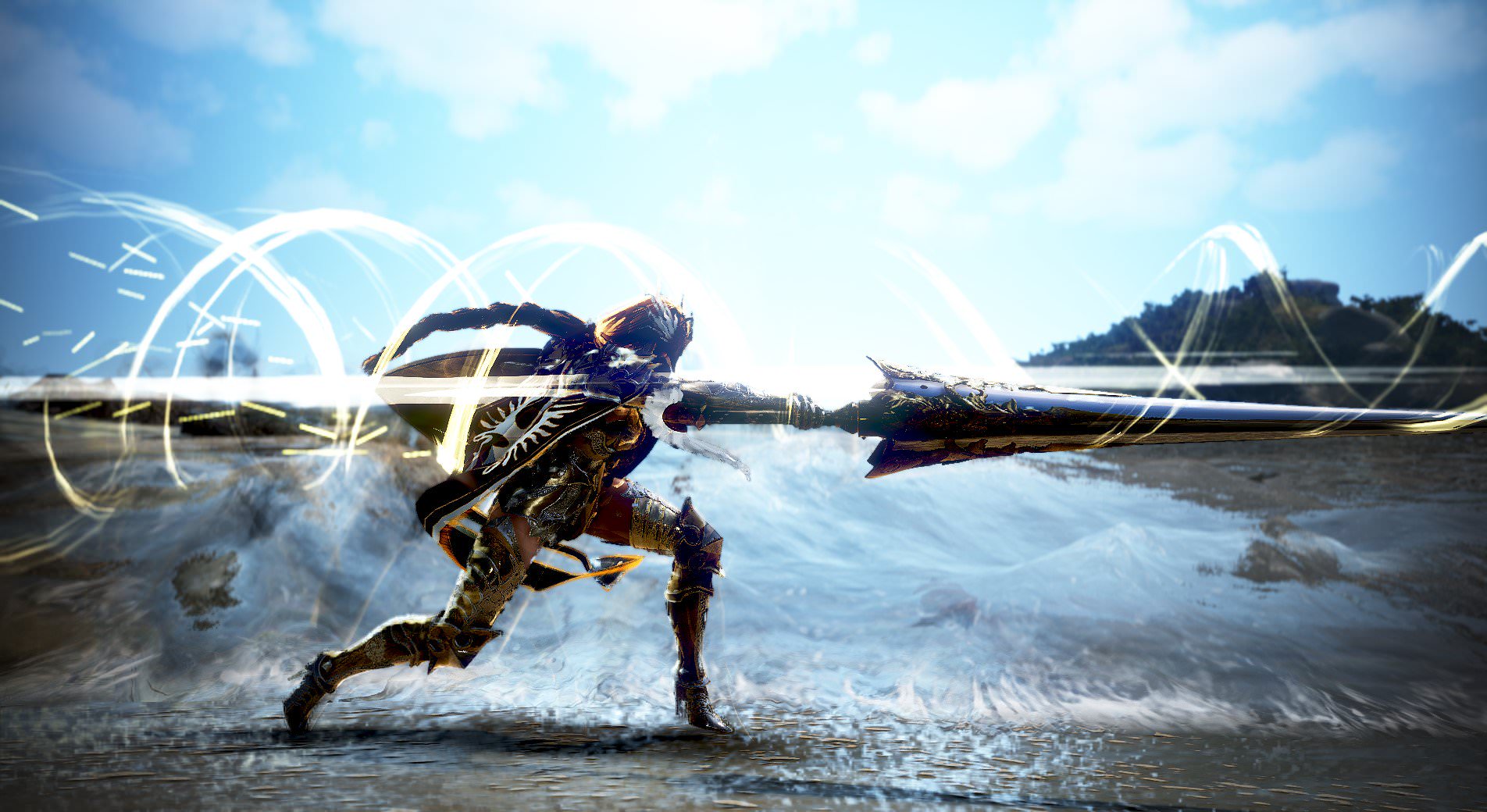 This BDO Combat, Skills, and Crowd Control (CC) guide will help you understand the rules of engagement in PVP and PVE. Black Desert Online is filled with a complex variety of combat mechanics, with a long list of Blocks, Special Attacks, and Combat States.

Action combat with key combos is BDO’s most loved feature, but the skill details can make your head spin. If you don’t agree, come CC the Block-bee-bop and Forward-woopdeedoo out of me in game.

Can’t wait to see your expert combat mechanics in action. 🙂

Combat Skills in BDO have an amazing amount of info. It’s easy to glance at a skill’s Hit Damage and think it might be weak, but damage percent alone doesn’t tell the whole story. Skills with damage modifiers, like 100% Critical with 100% Accuracy, Floating, and Air Attack could potentially be your strongest skill, even if it has the lowest damage percent.

So let’s determine what secrets our combat skill descriptions hold…

Press I key for Accuracy and AP.

1 Skill can cause multiple combat states. For example, a Knockdown causes an immediate Air State, followed by a Grounded State, and then a Recovering State.

If there are two Combat States occurring at the same time, then the highest Damage Modifier will occur. For example, if a player has his back turned to you, while in the air, the Air State takes priority because 170% is more than 120%

Critical attacks will stack with any other Special Attack. (Example: Crit + Down or Crit + Air)


Crowd Control skills immobilize the enemy and give you freedom to attack. They can also put others in a Grounded or Air State for increased damage.

The names for CC Skills are a gold/yellow color in the Skill description.

HINT: There is a 45% recovery bonus if an HP Pot is used during a CC state.

Expect your opponent to use a consumable (HP pot) during a CC.

Each CC Skill has a hidden value of 1 except for Stiffness, which is given 0.7. Each time you succeed at CC, your opponent gains the value of the CC. When their CC counter reaches 2, your opponent is given a 5 second CC immunity.

If your opponent runs away and isn’t CC’d for 5 seconds, his CC counter resets to 0, even if it was at 1.7 when he ran away.

NOTE: Air Smash and Down Smash have counts of 0 and were not considered normal CC.

When someone is under the influence of Crowd Control, you can visually see it. It helps to study and know their animations so that you can push your advantage if you happen upon some hapless CC’d individual.

Players use the terms grapple or grab, meaning the same thing. Official BDO term is “Grapple”. Think of a player grappling onto another player and not letting them go.

Warrior: Take Down I

One way to avoid a CC is to stack Resistance Gear. Resistance can be found in a variety of items: armor, crystals, food, accessories, alchemy stones, etc. To get the most Resistance, it seems like you have to pick 1 from a group of four.

Resistance Chance is calculated by taking your total Resistance and subtracting any Ignore Resistance your opponent might be wearing.


NOTE: Arsha gear and Valk’s gear have high resistances as well as Ignore Resistance. These have limited availability, though. (Trial Characters, Events, etc.)

Block is a general term used for BDO skills that prevent CC and damage by using a block meter. These blocks absorb hits, but can break after a certain amount of damage is done. Superarmor is considered different because even though it counters CC, it has no such block meter, and allows damage to get through. Both Superarmor and Block are vulnerable to Grab/Grapple. Invincibility is the only blocking skill property that isn’t vulnerable to grab/grapple.

Grab/Grapple can reach through Blocks and Superarmor, but not Invincibility.

The block meter appears left of the blocking character.

This guide is based upon the awesome research and generosity of a player named Crit, who wrote a 84 page book found here: The Book of Combat: a complete guide to BDO PvP mechanics. Thanks Crit! 🙂

Thanks to InkQ for their video, “BDO – CC Mechanics Guide”

Thank you to Crit for their helpful PVP Resource list. Below is a copy of their post from the Red Desert PvP Discord.

Hey, welcome to the community of brutal murderers friendly PVPers! There are many ways to PvP in BDO. i. You can “flag” by pressing alt c and attack anyone on the map outside of a safezone. However, if you flag on someone innocent, then if you attack or kill them, then you will lose “karma”, a stat that causes severe penalties if it goes below zero! Layvan has a great video on this: – https://www.youtube.com/watch?v=X17Q_BOZpeg.

ii. If you go to the Arsha channel, then you will not lose karma. Arsha has better item drop rates, so many competitive players come here to win good grinding spots. Be careful about coming here if you’re new! – 500 AP+DP recommended.

iii. Battle Arena is a great place for new PvPers, as there are no death penalties. Bring a friend, open your menu, select the Battle Arena option, get some free pots, and test your might! – I highly recommend starting out learning to PvP here. iv. Red Battlefield is a team-based game for PvPers who prefer group fights. Two teams constantly try to kill each other on a map filled with roads and buildings. Teams are random, and players can only participate as individuals. – 500 AP+DP recommended. v. Node Wars and Siege are fights that take place between guilds and alliances for control of resources and bragging rights on the map. If you join a guild, you can participate as a guild member in these fights, which are objective-based (you must destroy key buildings to win the fight, while defending your own). –450 AP+DP for NW, 550 AP+DP for small Sieges.


“FAQ.2 What class is the best, and which one should I play for PvP?”

Classes change in their PvP rank. Most classes have been considered the “best” class for PvP at one point or another since BDO’s release. Furthermore, there are different roles in PvP. For example, a Witch is extremely powerful in group PvP, but is considered very poor at individual fights. Play the class that matches (1) what ROLE you want to serve, and (2) what STYLE of gameplay you enjoy. You can best find out by watching other players PVP (see the other videos in this channel) or by playing a class to roughly level 59.

“FAQ.3 How do I get enough equipment to PvP? What’s softcap?”

You’ll have most fun at “softcap”, which is full TET armor/weapons and full TRI accessories. This can take a very long time to reach (typically 6 months), but you can start PvP much earlier. Just don’t expect to fight with more than a 20-30 gearscore difference and still be able to win. There are several blogs on reaching “softcap”: https://www.youtube.com/watch?v=VMH-WKcCCmkCommon Softcap Build: https://bdoplanner.com/TalisAltenFaust – Get some costume with +2 movement speed – Resplendent Alchemy Stones are acceptable substitutes for Veil’s Heart – Mainhand: Kzarka at 269+ AP > Offin Tett > Kzarka below 261 AP

“FAQ.4 What consummable items do I need to PvP?”

– 4-food rotation (class-specific). Exquisite Cron Meal is less trouble but slightly worse. (It’s like Coke vs. Pepsi – if you have a choice, go with Coke, but the difference isn’t huge) – Elixirs – Many potions Layvan has a good guide on that here: https://www.youtube.com/watch?v=GFfYfYrfOVU

1. Understand your own skills, combos, movement, and engages 2. Copy other good players 3. Record yourself and analyze what you are doing right/wrong 4. Ask others for advice 5. Master your class! 6. Repeat 1-5 for all classes OR: 1. Get full PEN

Hello. Nice guide bro.
Just a question: You said critical stacks with other effects. But according to that thought, for example, crit+down would be 320% instead of 220% like you said above, coz 200%+120% = 320%, or am i wrong?
There are other concepts in there that follows the same thought. Thanks.

This is a great guide!!!~ You’ve taken the Book of Combat bible and really condensed it which is awesome!~ I randomly found this guide when looking up pvp stuff, and I was ecstatic/SURPRISED/overjoyed Orz <3 and honored to see my Tamer Soaring Arts guide listed on here!~Thank you!!! Also there is a second (and now a third) video in none of the stuff is outdated btw!~ \(^0^)

Hello! Well thank you too! I love how you help the Tamer community. Us pet lovers gotta stick together! 🙂

So if I continuously down smash a downed opponent, would he never get up? Considering I never miss.