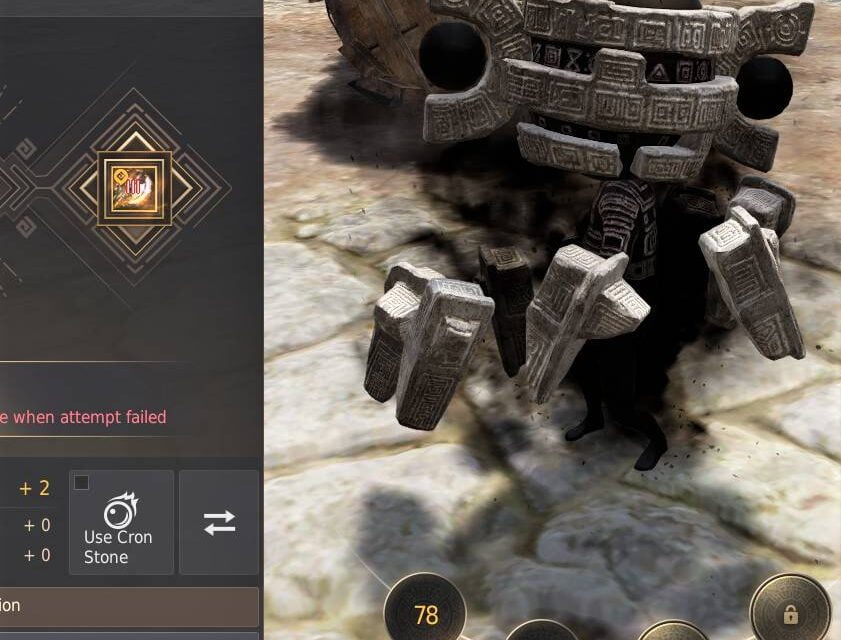 Use this Failstack Calculator to see how quickly you might be able to enhance with your current Failstack.

The calculator will try to determine how useful a Failstack is for a certain level of enhancement.

Gives an estimated number of attempts when using Crons.

# Function to find expected number of attempts to succeed half the time and 90% of the time
# Percentages are weird, we have to use exponents to determine how many attempts it will take
# You have to take into account the times where you succeed twice in a row
# So it’s not as simple as 5% chance means that it takes 20 attempts on average
# Essentially the odds of at least one success (odds that it won’t happen) ^ (number of attempts)
# We iterate through on number of attempts to find asymptotes at 50% and 90% chance of at least one success
# Crons checks at .1 because at that point there’s a 10% chance you haven’t succeeded
# Therefore a 90% chance you’ve succeeded at least once

I would like to give a big THANK YOU to NCrowley-Test, who created the initial code for this failstack calculator and generously sharing it with us!! 🙂

I’m having fun tinkering around with the user interface and it’s still a WIP. Python is a picky programming language. 🙂

For more info, please view our Failstack Charts that show many softcaps.

You can also use our Failstack Guide. This is a basic guide that helps you understand what Failstacks are and how to build them.