Guild Drill is a crafted item that enables guilds to use top tier Guild Skills and item rewards. Building a Guild Drill requires a cooperative guild effort, but benefits everyone.

Thank you to altarofgaming.com for image!

How to Obtain a Guild Drill

Gruld Drill is created in Guild Crafting. The totals for each ingredient is below:

Interact with the Guild Drill, after its 15 minute installation, to give it fuel.

Thanks altarofgaming for the image!

This will show up to 3 different items your guild needs materials for.

To donate materials for the Guild Drill, click the matching material and enter the amount.

Thanks Nomad for image + video showing how to donate.

A Guild Drill is required to make the material to use 3 Guild Skills.

There are several reasons why these buffs are beneficial.

The Guild Drill is consumed upon successful drilling.

Rewards from the [Guild] Drill can be obtained by all guild members.

RMB to obtain a random voucher.

Each voucher is turned into Wolfgang for a trade item.

Visit Wolfgang with a Secret Voucher to accept his exchange quest for a trade item.

NOTE: a player has reported that obtaining the trade item on a tagged character caused their item to disappear.

NOTE: with a node network and distance + other trade buffs, you could greatly increase the silver obtained.

RMB to obtain 1 item you can exchange for silver (Gold Bars).

Thanks bdocodex for the image!

Thank you to altarofgaming.com for image!

RNG Chance to obtain Ancient Weapon’s Frame, which portals you to Aakman or Hystria, if you take it to the Aakman Node Manager, Atosa.

RMB to obtain one of the following items:

RMB to obtain one of the following items:

RMB to obtain one of the following:

How rare is Pilgrim’s Stone?

Choose up to 5 answers.

Added the Drill, an object that can be installed by guilds in their designated guild base server group.

– You will need to have learned the Guild Skill “Nature’s Gift,” which requires 30 points, to craft the [Guild] Drill Assembly Set.

– You can craft the [Guild] Drill Assembly Set via Guild Crafting, and, unlike other recipes, doing so does not require a Guild House.

– The parts and respective crafting methods of the [Guild] Drill Assembly Set are as follows.

※ Old Tree’s Tear and Earth’s Tear can be obtained according to a set probability by gathering with a Fluid Collector or Mining, respectively.

※ You can obtain [Guild] Blueprint: Drill x4 each time you complete a Guild Mission.

* Urgent guild missions requested by the people of Margoria will not be rewarded with [Guild] Blueprint: Drill.

* This excludes urgent missions from the people of Margoria and guild barter missions.

– Once crafting is complete, the [Guild] Drill can be installed on any desert terrain in your guild’s base server group.

– Using the [Guild] Drill Assembly Set in the desert will begin installation, during which it cannot be damaged.

– [Guild] Drill Assembly Set takes approximately 15 minutes to complete installation, and cannot be damaged even by enemy guilds during this period.

– Once the [Guild] Drill is complete, you can interact with it to fill it with [Guild] Drill Fuel kept in your Guild Storage to activate it.

– Once construction is complete, enemy guilds will be able to damage it immediately. If your drill has already been activated with fuel, you will be partially compensated if your drill gets destroyed.

– If your [Guild] Drill has been either idle for more than 1 hour after construction or has no fuel when it is destroyed, you will not be able to claim a reward.

– Once the [Guild] Drill’s drilling has completed, the drill will be consumed, upon which you will be able to claim your reward from the Guild Activity Reward UI for the next 30 days.

– Rewards from the [Guild] Drill can be obtained by all guild members.

– With the [Guild] Drill, you can excavate a variety of items from the Great Desert of Valencia, including spoils of war from buried soldiers, ancient weapon parts, trade goods of merchant guilds covered in sand, and fossils sought by scholars.

– You can obtain the Pilgrim’s Stone as a reward from drilling.

● Added [Guild] Covenant of Blood to items obtainable by completing the [Guild] Drill.

● Added new Guild Skills you can learn from consuming [Guild] Covenant of Blood.

※ Can be stacked with other Guild Skills.

● Added rewards for either successfully drilling with the [Guild] Drill or if the drill is destroyed.

– Items that you can obtain from the Faded Trader’s Box, obtainable via the Drill, are as follows: 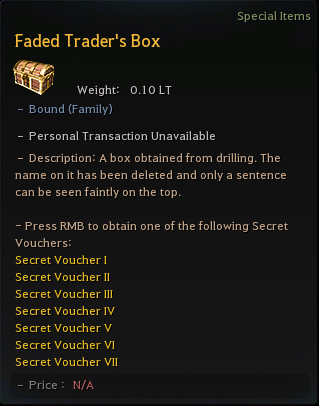 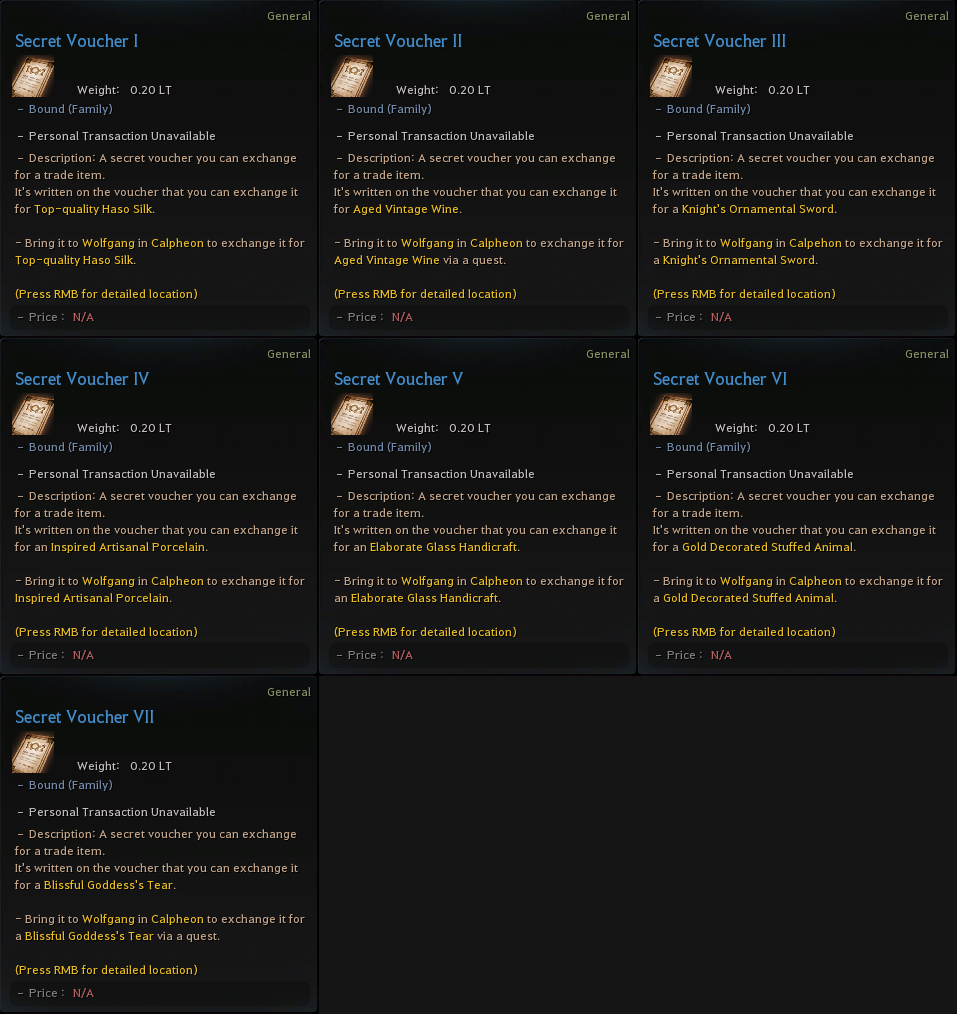 – Open the Faded Trader’s Box and you’ll obtain a Secret Voucher I-VI. You can take these to the NPC Wolfgang in Calpheon to exchange them for the following items. 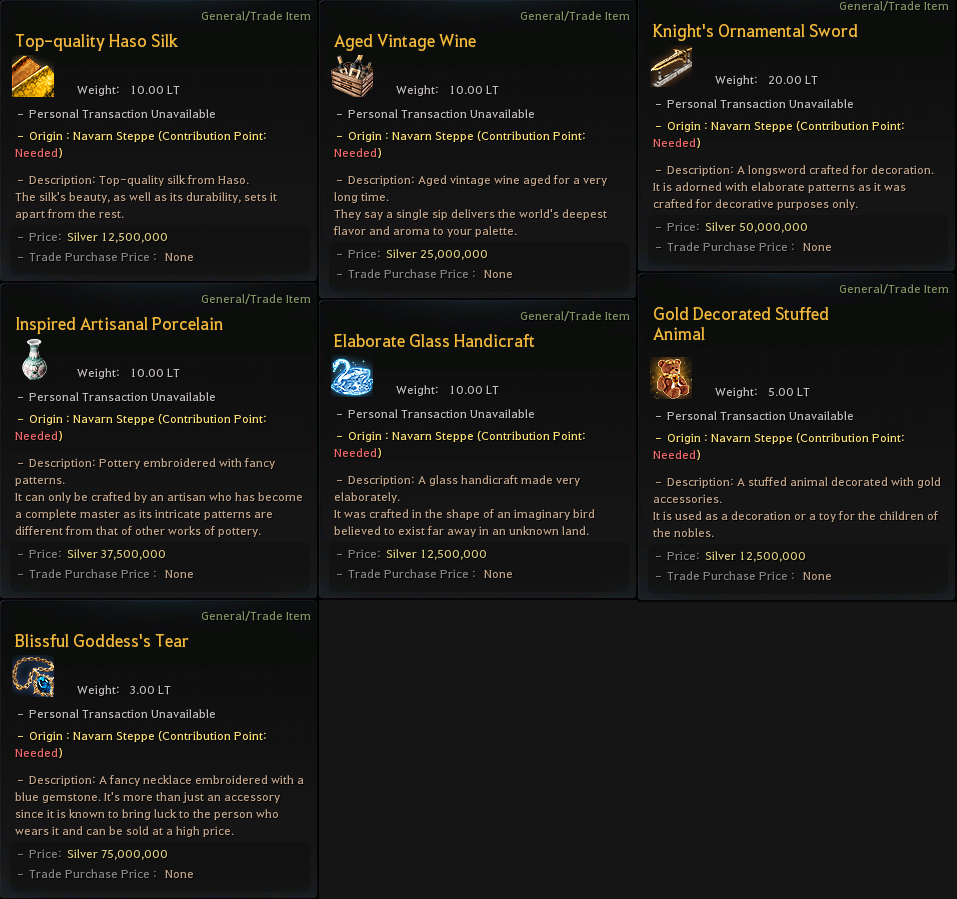 – You can obtain the Traces of Time Fossil Fragment with the drill. If you use Grinding (L) on it, you’ll be able to obtain one of the following items according to a set probability. 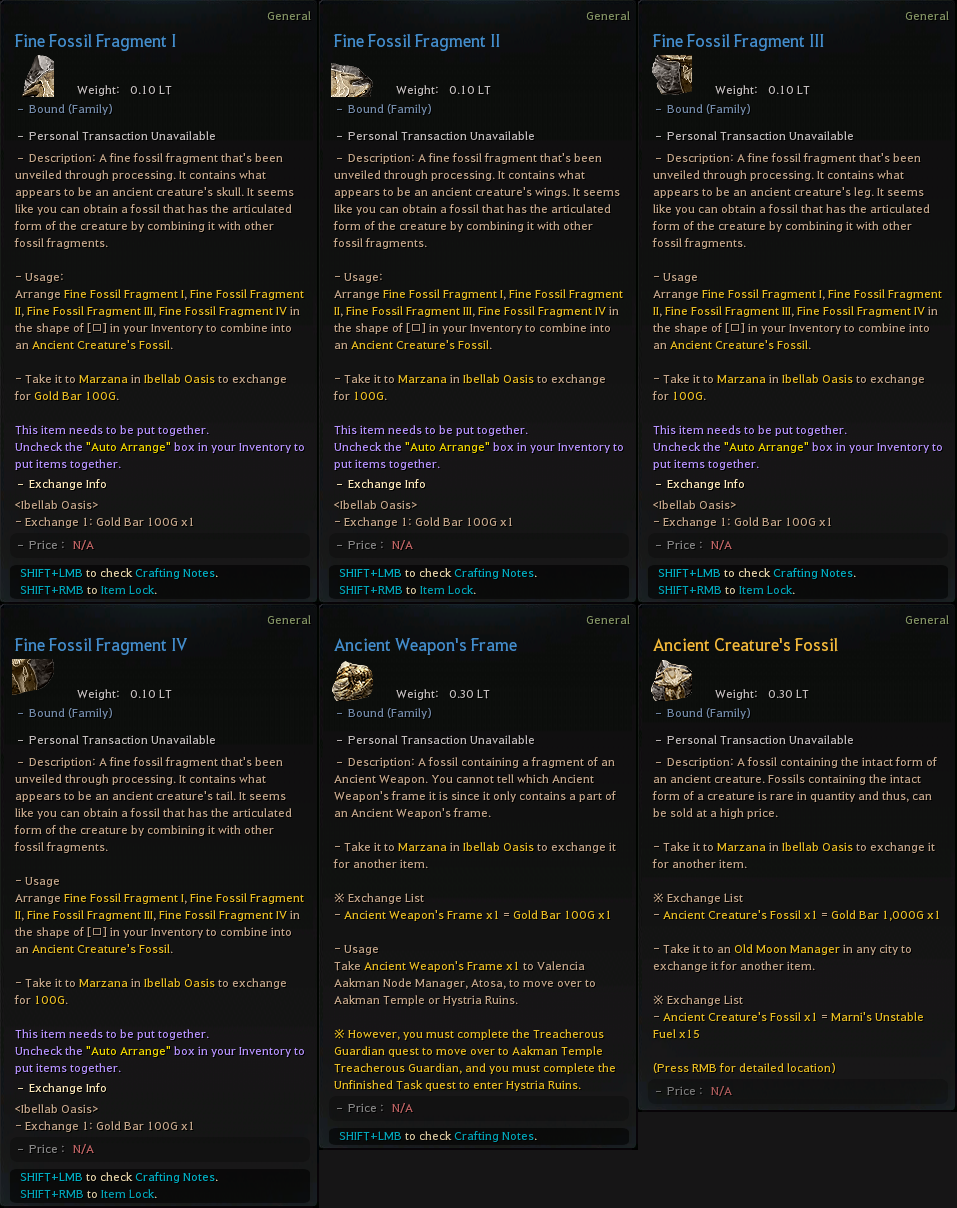 – You can obtain the Lone Soldier’s Identification Tag from the Nameless Warrior’s Keepsake. You can bring this to the NPC Yisar Pjetyo in Tarif to exchange it for an Enchanted Scroll (+35). 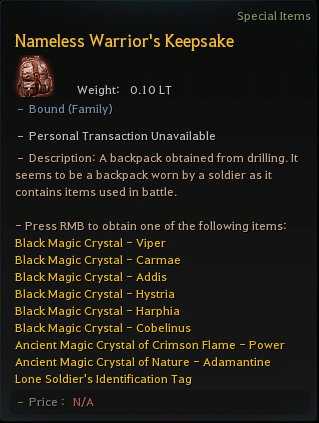 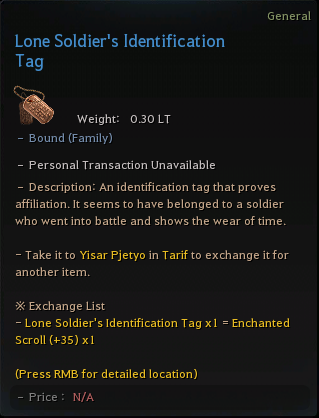 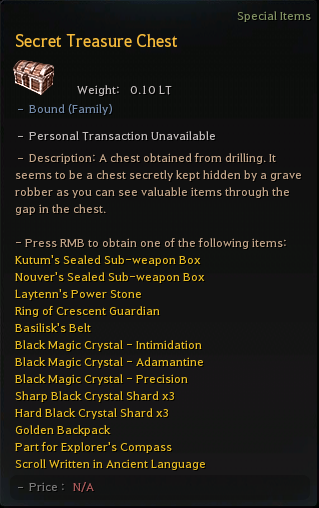 1. Guild Drill Rewards: The part about amount of successful drilling what entails the “Successful Drilling”. To further elaborate does using one fuel mean you successfully drilled and your guild now gets those rewards and if this is how it works do you keep previously successful drills if your drill is destroyed? 2. Guild Drill rewards: Are the numbers provided in the patch notes how many each member of the guild will get upon claiming the rewards? 3. Guild Drill Enemy Players: Can we fend off the players trying to destroy our guild drill freely (Without flagging or having to… Read more »

Hello 🙂 These are all good questions! Successful drilling time does seem to be vague in the notes. It takes at least 15 minutes to install the drill. How long the drill takes to use up 5 Drill Fuel is unknown to me at the moment. Patch notes state, “Rewards from the [Guild] Drill can be obtained by all guild members.” If you have too many enemy guilds, I suggest putting the drill in a super secret far out spot. LOL! But all guild members should be able to defend it as long as they are there while the fuel… Read more »

Guild drill takes about 45min to use up the first 5 fuel and that completes a “cycle” after that is done you can choose to put more fuel or collect rewards. My Guild only did one cycle so not sure how much it increases it by.

Hello 🙂 Thanks for the info!

If you don’t have enough fuel to do more cycles, does the drill disappear, or can we make more and refuel it later?

“Rewards from the [Guild] Drill can be obtained by all guild members.” Does this mean that everyone in the guild gets a reward from the drill or is it on a first come first serve basis that anyone in the guild can collect?

Hello 🙂 An unlimited number of guild mates get rewards. Whoever is in the guild, when the drill has successfully completed drilling.

I know a guild that completed this, rewards are available for all members from what they were saying

That’s great news! Thanks for sharing.

Items needed to craft [Guild] items , especially the new Drill , should be allowed to be put into Guild Storage. so that more members could contribute. The way it is now , ONLY the Guild Master and Advisor can access Guild Crafting. But if those items could be put into Guild Storage , then any member could contribute even if its just a few items to help make the drill.
I don’t know about any other Guild Masters, but I work a full time job and do not have the time to gather all the items needed to craft the drill. 🙁

Hi, “The Guild Drill is consumed upon successful drilling.” Does this meant the drill is not comsumed when failing? ﻿

Good question! I’m not sure about that.

one important point after taking your loot from the drill : don t redeem the trade item with a tagged character , you ll loose the item

Thanks for the tip!

Hello,
Great guide, but I have a question.

For crafting the Drill parts, do you need to have a Guild house or do we guild processing to craft it on your character?

Hello 🙂 You do not have to have a Guild House. Any guild member can deposit items into the guild crafting tab, but only the Guild Advisor and the Guild Master can start the process of making each component. Once the Advisor or GM starts crafting, any member can deposit the required items.

The patch notes say that you need 5 fuel to activate the drill, but someone online was telling me that you can fill it with as much fuel as you like and it will run longer and get you more loot. 5 fuel is just the minimum. Can anyone confirm this?

Hello 🙂 It does seem high, but I’m curious what the cost vs reward would be for all the materials, if bought at the Marketplace. But math and I aren’t on good terms today. 🙂 Maybe tomorrow. LOL!

Something that I just discovered worth noting that isn’t mentioned. It gets announced when you install it, so any griefing guilds will immediately know it’s out there for them to target

Ack! Well that’s a fine pickle… Thanks for sharing. 🙂